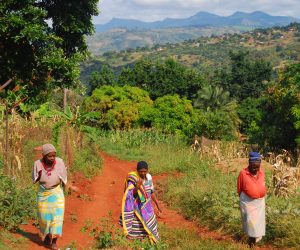 Zwifho are Sacred Natural Sites of natural forests and they are found in Nature inside indigenous forests. Zwifho are also found in lakes(Dzivha) or natural ponds(mativha), natural waterfalls(mahovhohovho and caves(mabako) and all these are sorounded by indigenous forests. Zwifho were created by Ri sa mu di or Ṅwali (Creator or God) since Tsiko (Creation of the Universe). Zwifho are not human made, or demarcated by human beings like Zwiendeulu (royal graveyards) or game parks. Zwifho means ‘‘to give and be given’’. Zwifho is the root of our life and well-being. There is no written record which can say when those places become Zwifho, and who chose the people or the Clan to be the Custodians of each Zwifho. This has been respected and passed on by generations of our ancestors through our oral tradition, which is older than the written tradition.The zwifho has been respected as such by everyone in our communities. Zwifho is a place where Vhadzimu (ancestors’ spirits) It is where thevhula and u phasa (ancestral ceremonies) are performed in each zwifho by the custodian clan chosen by Ri sa mu di or Ṅwali (Creator or God). When we do thevhula and u phasa (ancestral ceremonies), we ask for shothodzo u ri shango li lale (harmony and well-being, peace and health for all). Thevhula and u phasa are the same with doing prayer, this is where in zwifho humble ourselves to request shothodzo(harmony).

DLM is working with the following Sacred Site(Zwifho):

She is the Dzomo la Mupo sacred sites co-coordinator.Members of DLM said she is the one who can lead this role when she was elected in DLM general meeting.The members said that  the programme of Zwifho require an elder Makhadzi who is from Zwifho clan and who is able to write and talk about Zwifho knowledge.

Knowledge of the protection of sacred sites, and indigenous forests is held in the memory of the elders, and in particular the women custodians (the makhadzis). The elders are experienced in the governance of their ecosystem for maintaining the territorial order and the balance of the seasonal cycles which regulate the climate. They recognise that sacred sites are vital in maintaining the health of their territory and human wellbeing, and as well as being home to an abundance of biodiversity, they are also the source of the water systems which flow through communities, providing them with life. When they are destroyed, a steady collapse of the environment and livelihoods will ensue, as we are seeing across the world.

The protection and defence of sacred sites plays a vital role in indigenous living and is core to the work of Dzomo la Mupo.

Only custodians /spiritual guidance are allowed at the sites at the expected period. Unauthorized rituals angers the Vhadzimu (ancestors spirits and the sacredness will be interfered

We are restoring the indigenous trees for the protection of Zwifho.